I know its been a while since I’ve posted these. Its not for lack of material to post. 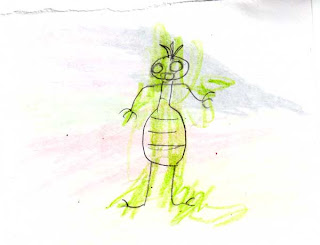 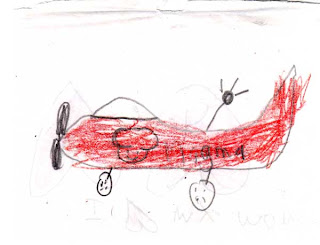 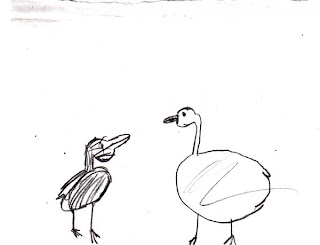 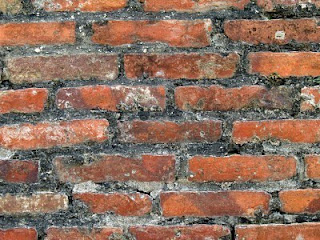 This month, I’ve been a part of Derik Badman’s 30 Days Comics challenge. I’ve welcomed the 30 day challenge as a way to break out of my rut, but it is not my preferred mode of making comics. I’ve grown more accustomed to working for long stretches on a comic book project with several drafts and not post the work until I’ve got things more or less polished.

It would have been so easy to just do the whole autobio thing, but instead I tried to stretch myself. I started making a comic from the perspective of a woman in her fifties with some stuff about alchemy mixed in. These are two subjects I know very little about. I’m a man in my thirties and I had to scour the local library for books on alchemy as I’ve gone along.

I just put out my latest little mini, Dodo Comics #2, so this period after a release I would customarily be working on new stories and averaging three thumbnail pages a week. I try to have 50 pages of stories and pare it down to the best 2 or 3 stories.

This is a process I picked up from songwriting. When I used to make albums, I’d shoot for having a 10 song record, but I’d write 20 songs and pick the best ones.

The 30 Days Comics challenge has pushed me to make stories faster, which has been great, but I’ve also felt a little exposed since I’ve essentially been posting a stream of conscience first draft on a daily basis. It’s a mixed bag. I’m happy with some of what I’ve come up with under the pressure, but I’m also afraid that I’ve started a story that I may not be able to finish.

I’m a sucker for making little charts to help me stay motivated as I work. I’ll spare you the boring details about how I score myself. Basically, I figure out what my deadline is for a project and factor in what kind of pace I think I can work at. This chart includes those 50 pages of thumbnails that I’m shooting for before officially starting work on Dodo Comics #3. You can see that this month’s challenge has put me ahead of my schedule.

Ultimately, what am I trying to say here? I’m frustrated by having to show off my drafts. Yet, I’m grateful for the pace that’s been set this month, because its pushed me to go ahead with ideas that I would normally second guess, which has revealed some interesting results. 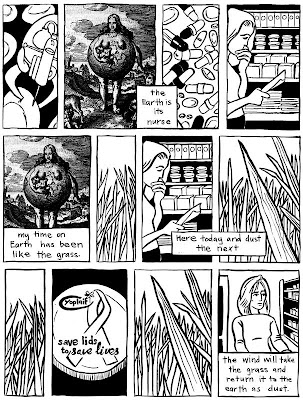 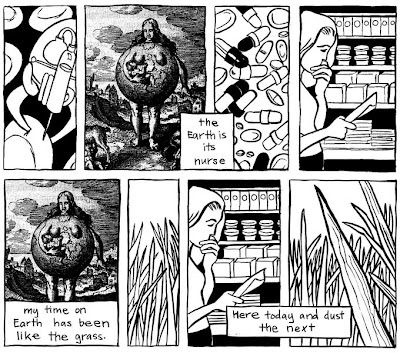 Woo Hoo!  I made 4 whole panels today!
This will make a whole lot more sense in a few days.  Its the beginning of a comics pantoum.  (I’ve experimented with this before in Dodo #2.) 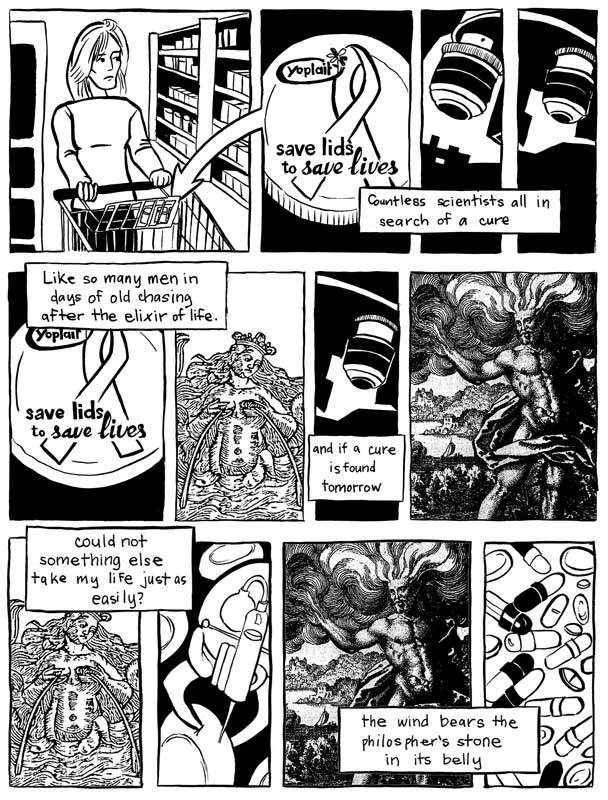 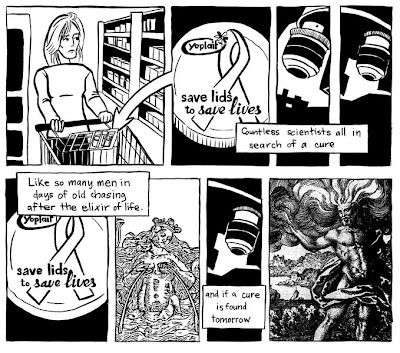 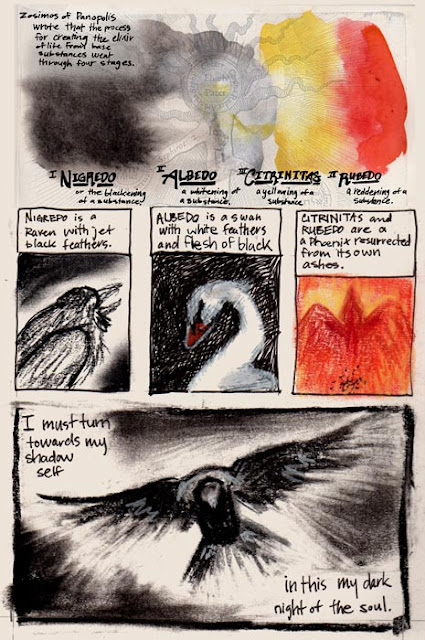