Please click on the images to enlarge.
Originally, I planned to map out every single record that was meaningful to me in the prologue. Then I realized that I would have to either draw tiny little facsimiles of each album cover or make up a symbol for each one and that just seemed too daunting.  I also wanted to show how learning to play guitar gave me a greater appreciation for wider range of music. 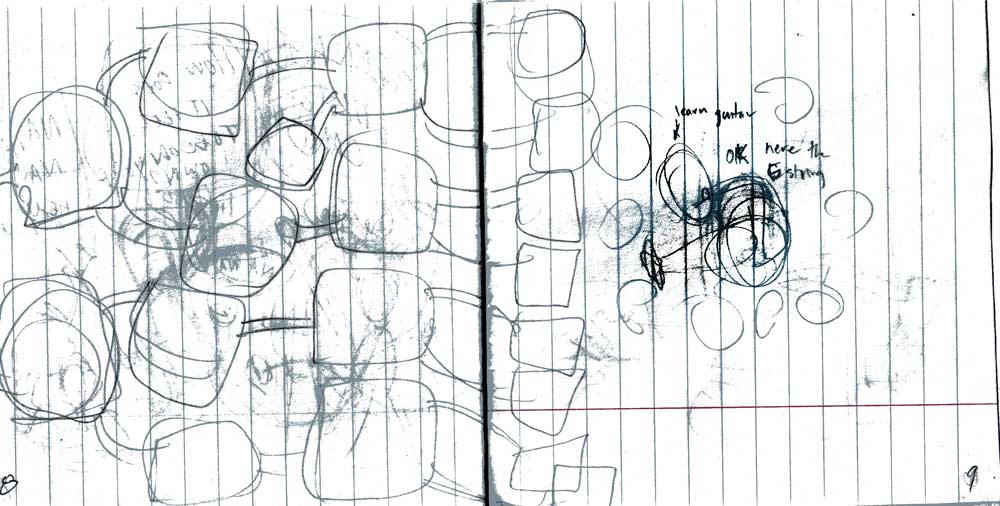 For the next sketch, I settled on a strip across the top of tracks that I tried to learn to play interspersed with the play along CD from the Mel Bay How to Play Guitar book.  You can see at the bottom I was still going for the autobio/metafictional angle with the little cartoon Grant thinking as he drew the comic. 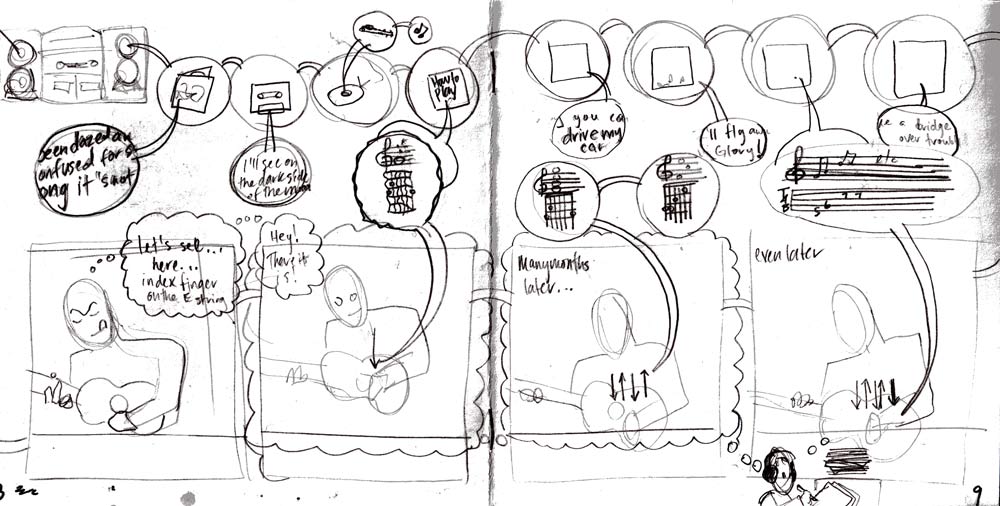 You can read the rest of this comic here.