You see, I am not a full time artist.  I am primarily an elementary art teacher and the 2012-2013 school year was one of the most difficult of my career.

I had been teaching art out of a small half-sized room for 8 years when I was asked to empty my room and teach “art-on-a-cart” in the classrooms to make room for a new Kindergarten class that was being added to the building.

I was demoralized. There had been talk of an addition being built onto the school and I was promised a full sized room to replace my tiny quarters.  I had begun gathering resources and dreaming of what I could do in a larger workspace.  Now, with the addition two years off, I was left with no classroom at all.

I spent several months trying to reinvent myself as a teacher and looking for art to teach the students that I loved well enough to keep me coming to work with a smile on my face.

I knew I wanted to end the year with a mask project for my older students and it was during this planning time, that I began exploring the the Yup’ik storytelling masks from Western Alaska.  I soon fell in love with the imagery and stories of the Yup’ik.  One particular story stood out to me about a Raven and a Loon painting each other.

I thought a lot about this story in the Spring and began sketching scenes from it in my sketchbook.  Initially,I thought that the two birds were similar to how my wife and I often interact.  I get silly and continue to tell jokes way past their expiration date.  I had anthropomorphic animals with human bodies acting out the story and I made Raven a man and Loon a woman. 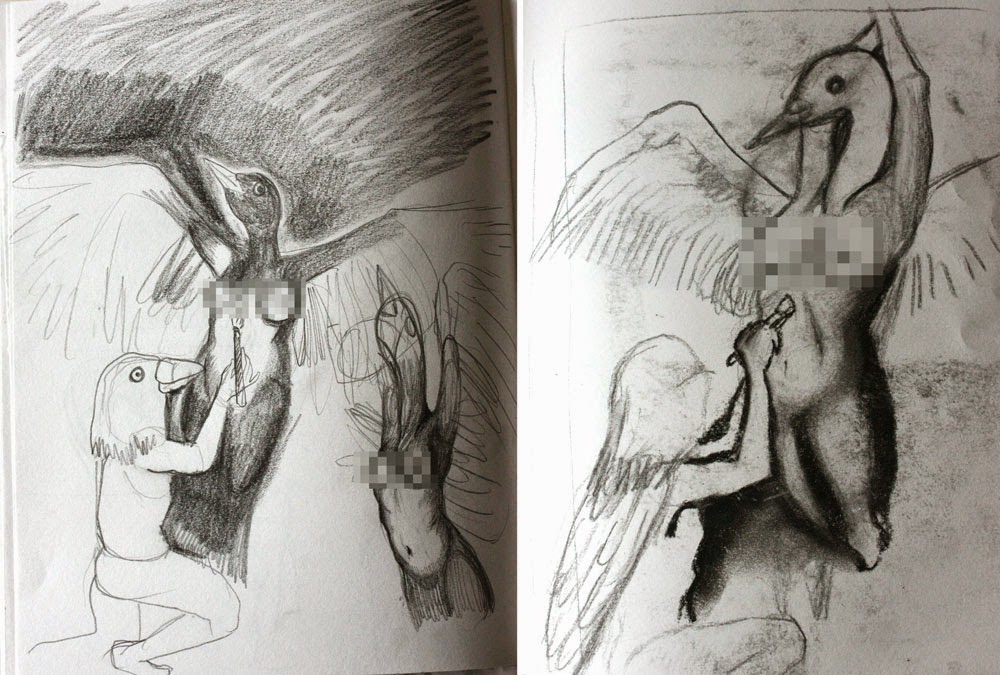 I was struggling to fuse the anatomies of the birds with the humans, so I decided to take the story from another angle.  I realized that the Raven and the Loon are two sides of one coin when it comes to making art.  You often start off with a plan and then the art takes off in another direction.  Sometimes, it can seem to mock you like the Raven does.

This approach helped me return to the imagery that had captured my imagination, because I could draw the masks being built and coming to life to tell their own story.  I think the second approach is still more successful even if I had been able to find a way to draw the bird’s heads on the human bodies.  It as if the comic had its own agenda that it pressed me into.

You can read the How the Raven and the Loon Got Their Colors here for free. 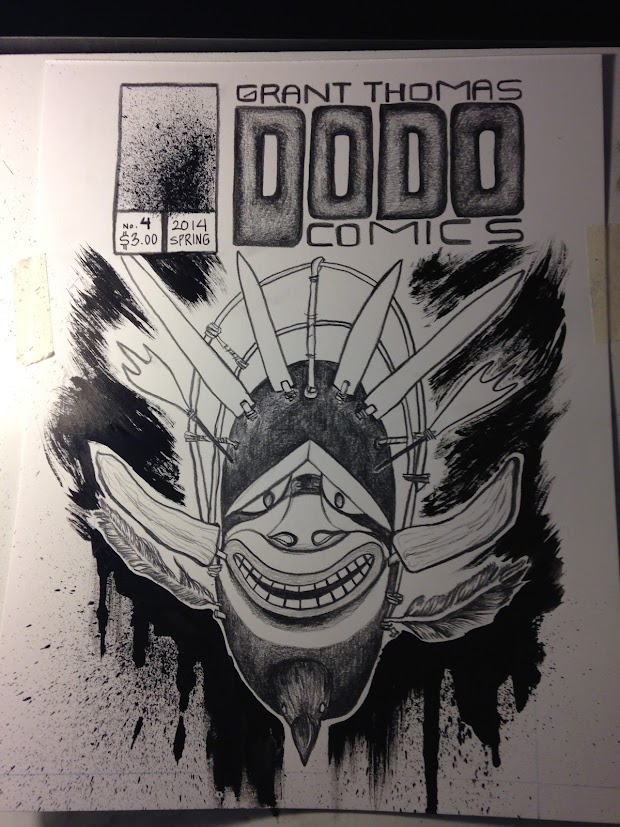 Categories: Blog, The Raven and the Loon
Leave a Reply Cancel reply